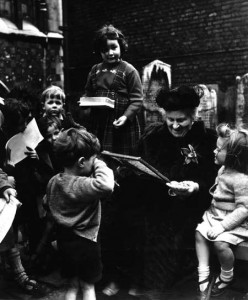 Maria Montessori grew up in a large middle-class family in Italy. In the 19th century she was the first female to acquire a doctorate (1892 - 1896) in medicine. In 1904 she was a lecturer in anthropology and biology at the University of Rome for students of natural science. She became famous through her dedication as a governess.

Maria Montessori spent many hours observing the child's level of development at different stages in their life and through these observations she was able to develop appropriate materials. She began using her materials in her first Children’s House which was opened in San Lorenzo, Rome in 1907. Through numerous lectures in and outside of Europe Maria Montessori spread her knowledge and pedagogy around the world. From then onwards various Children’s Houses began opening in Italy as well as in other countries. Even today Maria Montessori’s Pedagogy has very high standards and is recognized method of teaching all over the world.